Skip to main contentSkip to navigation

When a Pilot gets a DUI 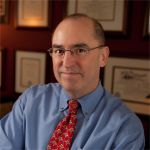 A pilot who is arrested for a Washington State DUI faces not one, but three separate challenges: (1) the Department of Licensing will administratively suspend the license to drive, (2) the court will impose jail, fines, alcohol programs, etc, and (3) the FAA will get involved. Thus, for a pilot, two state agencies (DOl and court) and one Federal agency (the FAA) are all areas of huge concern. There are several issues pilots need to address. First, if the department of license suspends the driver’s license for either taking the breath test and blowing .08 or higher, or refusing the breath test, then the pilot has a “motor vehicle action” that must be reported to the FAA not later than 60 days after the motor vehicle action. The FAA will take action against the pilot’s license (known to pilots as a “certificate”) or not, depending upon the circumstances and record. If the same pilot is subsequently convicted of DUI, then the court conviction is reportable to the FAA as well. Typically the FAA does not revoke a pilot’s certificate for a first-offense Washington State DUI arrest, if properly reported, but disqualification may follow due to the medical implications of a DUI. All The specific requirements are set forth in the applicable FAR sections (among these is FAR 61.15) and these should be consulted. In addition, a DUI attorney who has familiarity with the FAA requirements should be retained if a pilot is arrested for DUI.

If a DUI arrest winds up as a DUI conviction, Washington DUI courts require the accused to obtain a DUI alcohol evaluation from a state certified alcohol treatment agency and to satisfy whatever treatment requirements are recommended by the evaluation. Doing so will raise another issue for a pilot: every pilot is required to submit to medical examination (the frequency of examination varies according to type of pilot certificate) and part of this examination consists of the pilot filling out a questionnaire that must be signed under penalty of perjury. One of the questions asked is whether the pilot has a history of substance abuse, including alcohol. If there is a history of substance abuse, a “medical disqualification” may follow.
If you are a pilot facing the consequences of a DUI arrest, bear in mind that this blog is only general information and not legal advice. A pilot who wishes to preserve flight privileges should consult a DUI defense attorney who is knowledgeable in this area, but (particularly for commercial pilots) it is wise to retain a separate attorney whose practice is limited to FAA administrative compliance. A pilot facing the consequences of a DUI arrest should not take action based upon anything said in this blog but should instead act only with the advice of counsel. For most pilots with no prior “motor vehicle actions” who are not suffering substance abuse, compliance with FAA requirements will not result in suspension of the flight certificate.